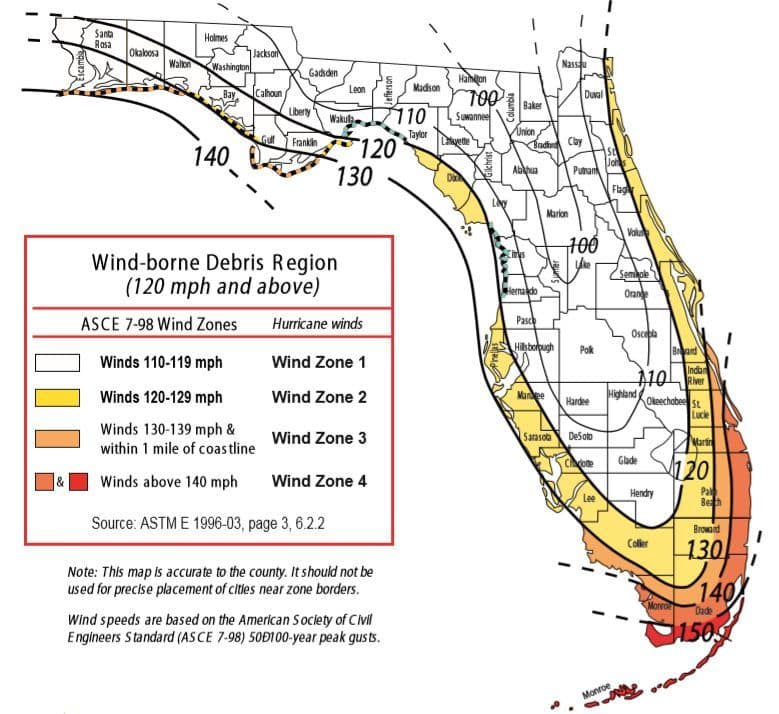 The Miami Dade wind load test is the most onerous wind test in the United States. The law creating the Florida Building Code was enacted by the Florida Legislature and became effective on March 1, 2002. This law defined High-Velocity Hurricane Zones (HVHZ) and is specifically related to Miami-Dade and Broward Counties. Our system was subjected to the following test:

Dekton partnered with Gridworx for this testing leading to certification for Miami-Dade County building approvals. The purpose was to demonstrate our products meet the unique requirements for a hurricane prone area. When severe weather strikes, this approval certifies the performance of our products may very well contribute to saving lives. It is this level of testing and proven performance that demonstrates the standard for quality and safety with the fusion of Dekton with Gridworx.

Next we attached this wall assembly to the wind and vacuum chambers of the testing facility.

The wind turbine began accelerating at a faster and faster rate until it was finally shut down. The engineer then announced they had exceeded the testing requirements.

They took this test to 187 mph and could not break the Dekton with Gridworx system.

Mobile version: Enabled
Back to top

Use the search box to find the product you are looking for.

No products in the cart.